I’m a one man operation fighting for your freedom. Please Support 3ccorp.net 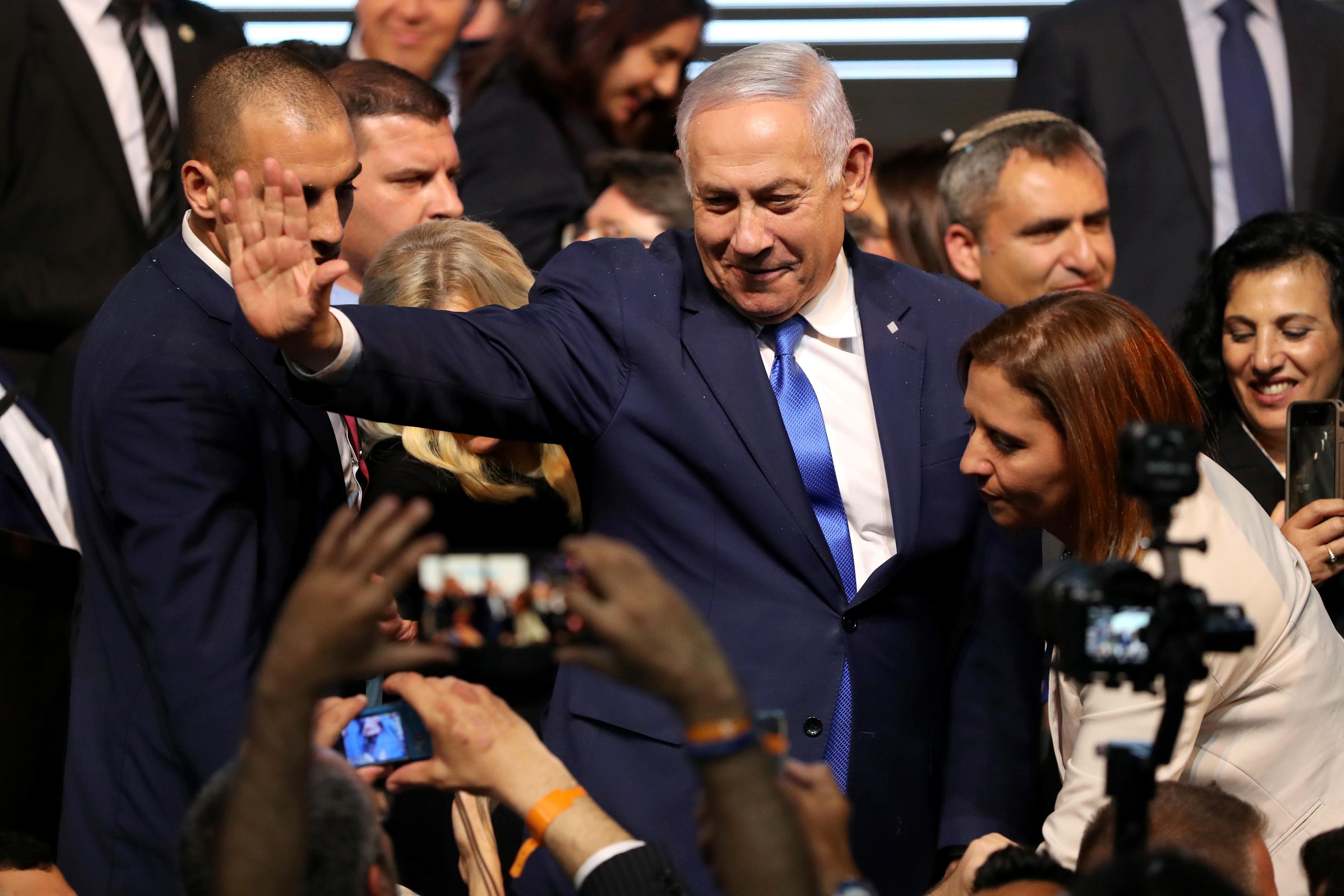 JERUSALEM (Reuters) – Both Prime Minister Benjamin Netanyahu and his main challenger Benny Gantz claimed victory in Israel’s election but early results indicated on Wednesday the veteran right-wing leader was on course for a record fifth term.

Though neither party captured a ruling majority in the 120-member Knesset, the partial results put Netanyahu in a strong position to form a coalition government with right-wing factions, key to an ultimate victory.

“It is a night of colossal victory,” the 69-year-old Netanyahu told cheering supporters in a late-night speech at Likud headquarters, while cautioning that a “long night and possibly day” lay ahead awaiting official results.

Fireworks flared behind him as his wife Sara applauded and kissed him. “He’s a magician,” the crowd chanted.

If he wins, Netanyahu, 69, will be on track to be the longest-serving prime minister in Israel’s 71-year history. Netanyahu said he had already begun talks with prospective coalition allies.

Netanyahu, in power consecutively since 2009, has been fighting for his political survival. The closely contested race was widely seen in Israel as a referendum on his character and record in the face of corruption allegations.

He faces possible indictment in three graft cases, and has denied wrongdoing in all three. According to the partial results, Likud won 5 more seats than in the previous election in 2015.

“We are the victors,” said Gantz, a former military chief fighting his first election. “We want to thank Benjamin Netanyahu for his service to the nation.”

Political analysts cautioned it was too early to be certain of the outcome, with many hours to go before a final tally is in.

Ofer Zalzberg, senior analyst with the International Crisis Group, said Likud and Blue and White would have to learn the fate of smaller parties to know whether they had garnered enough support for a coalition.

“Netanyahu is more likely to establish another right-wing government, but we will have to wait and see,” he said.

During the campaign, the rival parties accused each other of corruption, fostering bigotry and being soft on security.

Netanyahu highlighted his close relationship with U.S. President Donald Trump, who delighted Israelis and angered Palestinians by recognizing Jerusalem as Israel’s capital in 2017 and moving the American Embassy to the holy city last May.

Two weeks before the election, Trump signed a proclamation, with Netanyahu at his side at the White House, recognizing Israeli sovereignty over the occupied Golan Heights captured from Syria in the 1967 Middle East war.

In a rare turn during the race towards the Israeli-Palestinian conflict, Netanyahu further alarmed Palestinians by promising to annex Jewish settlements in the occupied West Bank if re-elected. Palestinians seek a state there and in the Gaza Strip, with East Jerusalem as its capital.

During the campaign, Gantz said a government under his stewardship would pursue peace, but stopped short of committing to the establishment of a Palestinian state.

Commenting on the election, Palestinian chief negotiator Saeb Erekat said: “Israelis have voted to preserve the status quo. They have said no to peace and yes to the occupation”.

A close result in the election would put smaller parties in a powerful position, turning marginal political figures into kingmakers.

Once the votes are tallied, President Reuven Rivlin will ask parties that have won parliamentary seats who they support for prime minister. He will then pick a party leader to try to form a coalition, giving the candidate 28 days to do so, with a two-week extension if needed.

One factor may be the turnout of voters from Israel’s 21 percent Arab minority. Many were angered by Israel’s nation-state law, passed in 2018, which declared that only Jews have the right of self-determination in the country. Netanyahu supported the legislation.